Why Are So Many Digital Nomads Becoming “e-Residents” of Estonia? 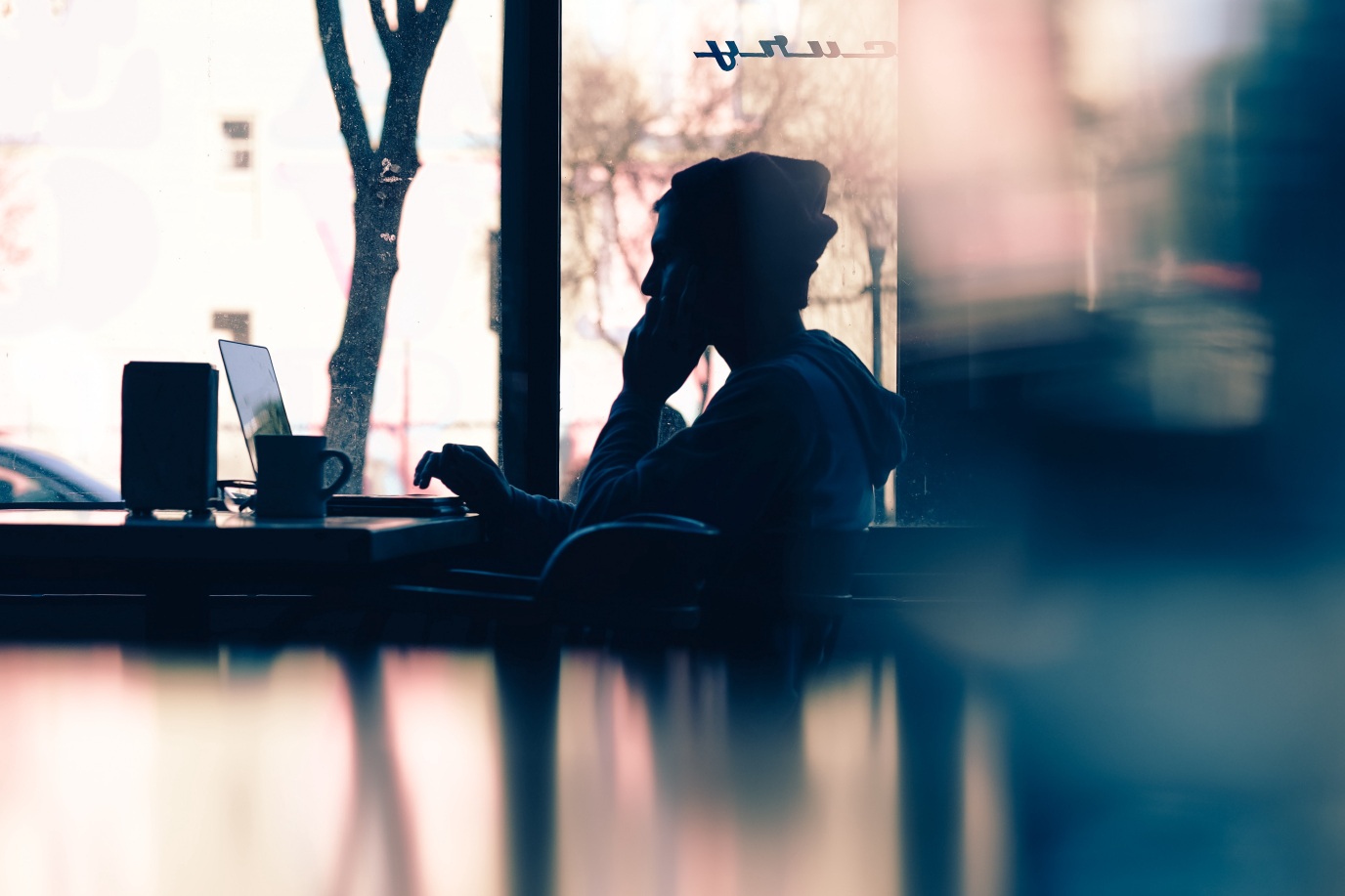 What is Estonian e-Residency and how do digital nomads benefit?

Estonian e-Residency has been a hot topic in the digital nomad community in recent years.

The small northern European nation of Estonia became the first place in the world to offer digital residency in 2014. It means anyone can base their finances and businesses there, no matter which countries they actually live and work in.

Estonian e-Residency is great for digital nomads who need a location-independent business, but also want the credibility and benefits that come with having a limited company within the European Union. It works because Estonia has an advanced digital infrastructure so everything needed to run a company there can be easily accessed online.

In fact, the entire process of setting up and running a location-independent business through Estonian e-Residency can be conducted from anywhere in the world. It’s a game-changing moment for digital nomads everywhere.

We know you’ve probably got a lot of questions about whether e-Residency is right for you, so we’ve rounded up all the answers you need.

Why does Estonia want to help digital nomads?

As you might have seen in the press lately, Estonia has developed a digital infrastructure, which is considered the best in the world.

Wired has described Estonia as “the world’s most advanced digital society”, the Economist says it’s “a leader in technology” and the Daily Telegraph says it’s “the new European startup hub”. It’s also worth checking out The Daily Show with Trevor Noah interviewing the then Estonian Prime Minister, about how the country became so digitally advanced.

The reason for this is that Estonia regained its independence from the Soviet Union in 1991 and had to build its infrastructure and economy from scratch. Fortunately, 1991 was the birth of the internet too, so Estonians saw their opportunity to pioneer digital government and use the internet to encourage entrepreneurship.

This led to the rise of ‘e-Estonia’. It’s the idea that Estonians should be able to do everything online with minimal bureaucracy. It’s been a remarkable success as all Estonians can now get a secure digital identity, so they can authenticate themselves online. That’s opened up huge possibilities, especially when it comes to running a business without having to be present in person to sign documents or access services.

However, there are just 1.3 million people in Estonia to take advantage of this amazing digital infrastructure so Estonia decided to open it up to the world by offering e-Residency.

So far, over 15,000 people have signed up, for a variety of reasons. However, digital nomads make up more than 40% of them because they benefit the most from this location-independent opportunity to run a business.

How do I apply for Estonian e-Residency and what does it cost?

The application is easy, and you can complete it online, obviously. You can start the process here.

All you’ll need to submit is your name, scanned copies of identifying documents like your passport, and at least one paragraph about why you’re applying. Make sure to be thorough when completing this as they’ll want to know that you have genuine intentions as a digital nomad.

E-Residency costs a one-off fee of €100. That’s good value considering the massive investment that Estonia has made into the digital infrastructure you’ll now have access to. In return, you’ll also get an ID card, which can be collected at Estonian embassies around the world, as well as special pick up locations like in Singapore and San Francisco.

Your ID card is based on ‘chip and pin’ technology so you can plug it into your computer and enter your pins whenever you need to authenticate your identity, for example when signing documents or accessing services. To do that, you’ll need an ID card reader (included in the e-Residency card package) that plugs into your computer’s USB, and some easily-downloaded software. 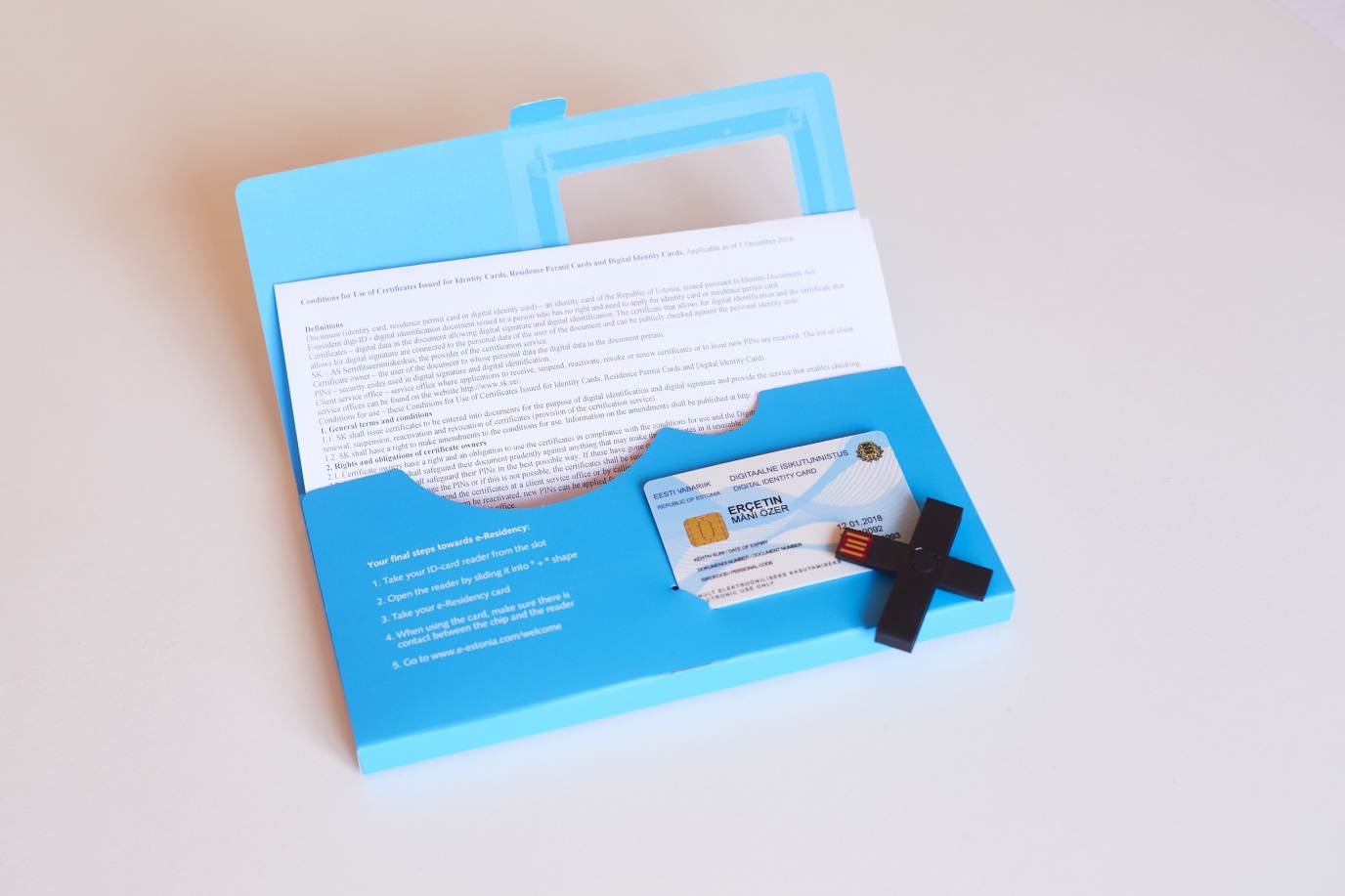 How do I set up and run a company through e-Residency as a digital nomad?

Estonia prides itself on its ease of doing business. They were even awarded the Guinness World Record in 2009 for the fastest time to set up a company — just 18 minutes.

If you set up a business through Estonian e-Residency, it will be truly location-independent because you can run it anywhere in the world as easily as inside Estonia. In fact, even people with fixed locations like this British person in the UK think that a business set up through e-Residency has more advantages than a business registered in their own country.

There are still some things you’ll need in place locally in Estonia though — like banking, accounting and legal compliance services.

Fortunately, Xolo provides a turn-key solution to set up a business in Estonia with a bank account. In addition to incorporation, they can also handle everything you need to run it, including accounting, taxes and compliance.

There are many benefits to running a business through Estonian e-Residency, but one of them is low cost administration so you’ll be paying less for these services in Estonia than many other places in the world.

In addition, Xolo only supports digital nomads and other solo entrepreneurs who want a location-independent business so you’ll be getting a better deal than larger companies.

You can check out 9 reasons every digital nomad needs Xolo to find out more.

Can I run an Estonian business if I don’t speak Estonian?

Jah, muidugi saad! I mean yes, of course you can!

Estonia defines itself as a Nordic country so it has the same high levels of English that you’ll find across the Nordic region. English speakers can easily access Estonia’s digital infrastructure or use private services in Estonia like banking.

In addition, Xolo uses English too and they provide support to digital nomads at any time of the day or night.

Is e-Residency safe and how secure is my company in Estonia?

Very. For a start, your company wouldn’t really be “in Estonia” in the traditional sense anyway.

In addition, Estonia is using blockchain technology to support its digital infrastructure. That’s the same technology used to authenticate bitcoins.

What kind of reputation do Estonian companies have?

This is a good question. You might be location-independent, but your business has to be registered somewhere and the reputation of that location will transfer to you and your business.

Firstly, Estonia is in the EU so if you register your business here then you’ll have unrestricted access to the world’s largest single market, as well as the legal framework and protections that will benefit you directly and reassure your customers about working with you.

In addition, Estonian companies have earned a great reputation for quality and innovation, especially in the field of digital services and technology. As a consumer, you’ve probably already used Estonian companies without knowing it. This is the birthplace of Skype and Wise, for example.

As a result, Estonian companies are jokingly discussed on social media with the hashtag #estonianmafia because they’re so dominant in the digital services and technology industry.