Freelance Economy: the lowdown for businesses 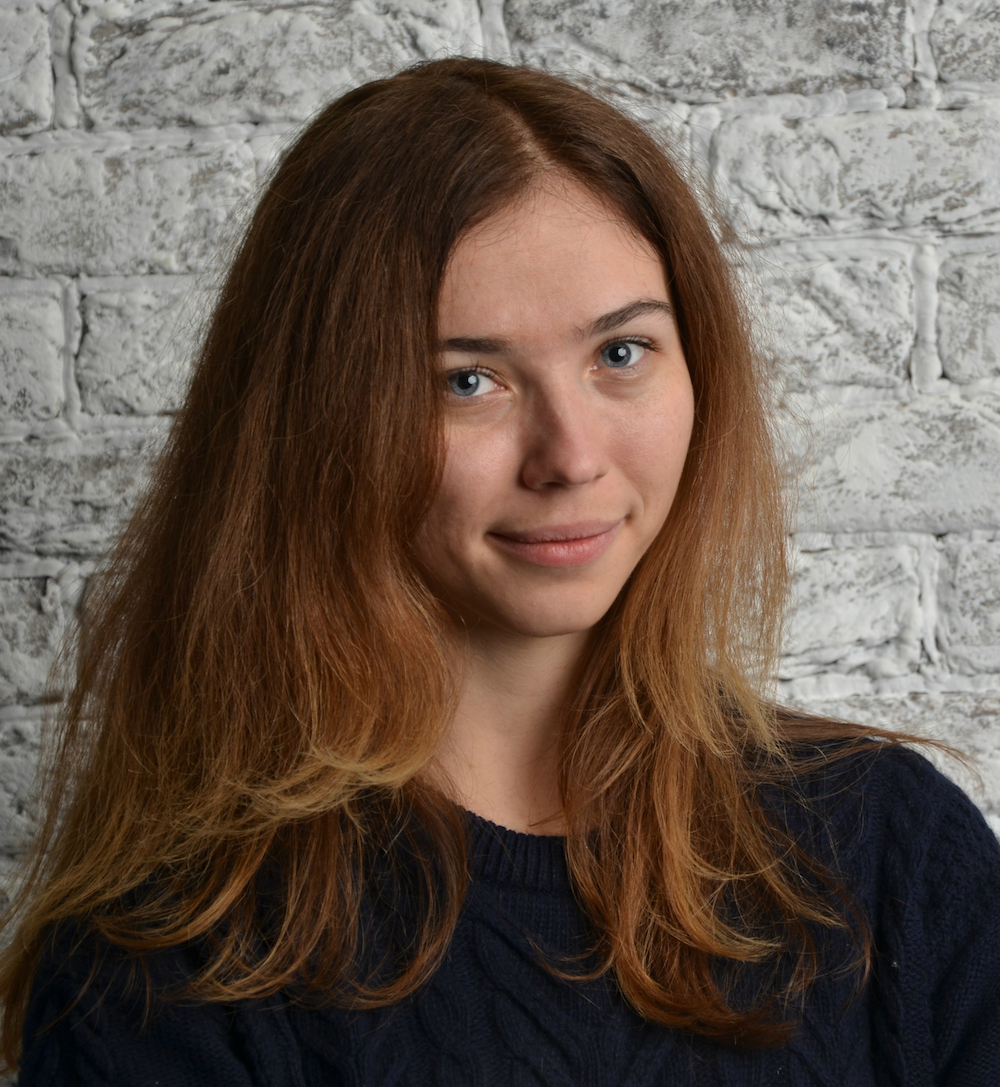 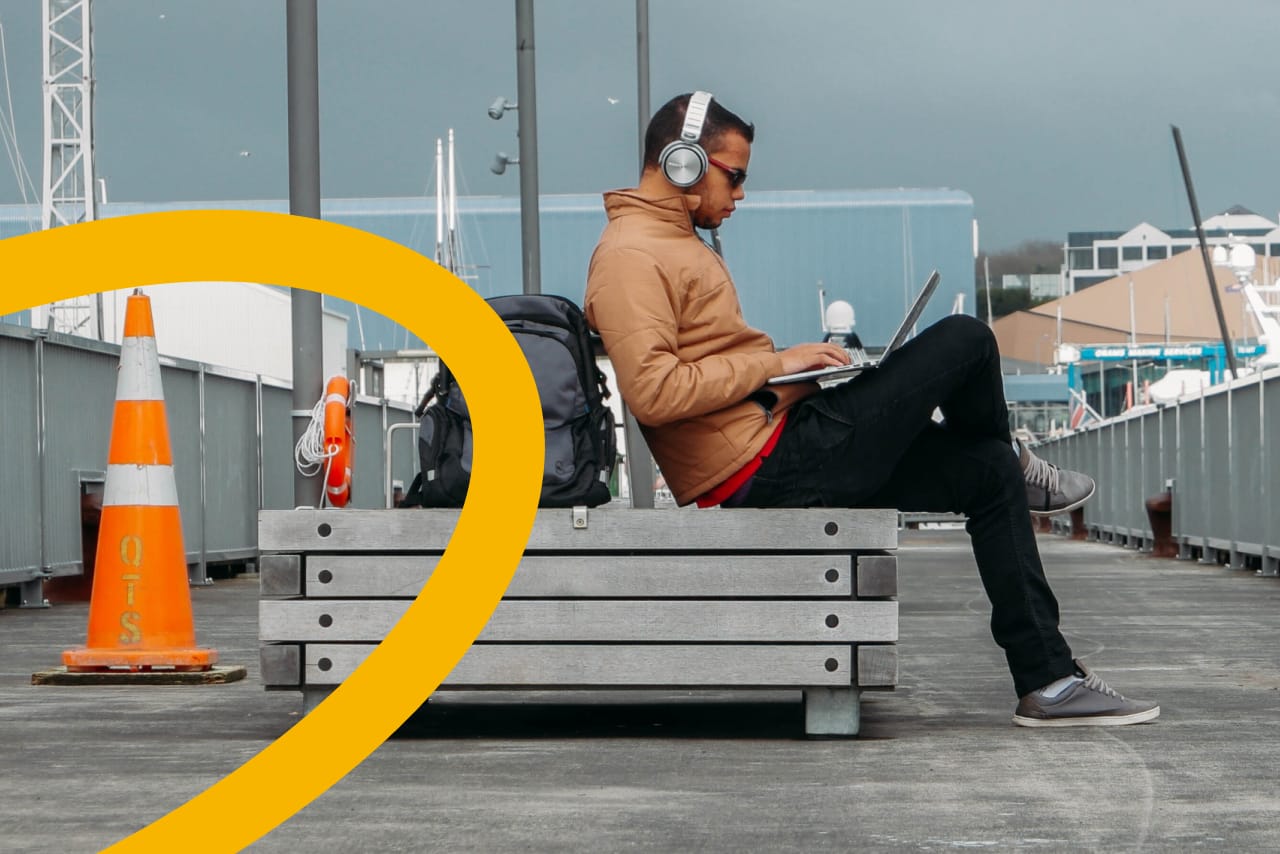 By now, everyone and their grandma has heard of the freelance economy. The self-employed people, the gig workers, solopreneurs and digital nomads. But when you ask people to elaborate on what freelancers do and how can they be of service to say, their company — the conversations often stall.

If you are trying to make sense of the freelance economy — and why it’s about to bring a tidal wave of changes — this lowdown is for you!

The freelance economy is the grand sum of self-employed professionals working on flexible, temporary, or freelance projects.  The ‘economy’ bit refers to the fact that freelancers create new economic opportunities for themselves — and drive sizable benefits for businesses.

In other words: services and money change hands and this helps the global economic market grow stronger. Why global? Because freelancers don’t just support the local economies — they contribute to others too!

This unique premise of freelance economy powers programs like e-Residency. As of 2022, it has attracted around 20,000 new business ventures, which have generated direct revenue for the Estonian state budget in an amount exceeding €90 million — including €75 million in tax revenue!

Programs like e-Residency have also led to a ton of indirect benefits, like e-residents hiring local providers (like Xolo), hiring local contractors, visiting the country and recommending the e-Residency program to other solopreneurs looking for novel ways to run a remote business.

So freelance economy has spread wider than just the labor market. It challenges the way people generate and spend their income!

Freelance economy vs. gig economy: Is there a difference?

Tbh, not really. The two terms are used interchangeably. If you want to be nit-picky, the slight distinction is in the context. The gig economy is more frequently cited regarding on-demand, flexible work platforms like Uber, Deliveroo, TaskRabbit, etc. offer to independent contractors. This is flexible task (or microtask-based) employment many do on the side for extra cash while they work a full-time job, go to school, or raise a family.

The freelance economy, in turn, includes FT freelancers and independent contractors doing highly-skilled jobs. Many are former corporate employees who chose to go solo. Others are business owners, running some side projects, complementary to core services, or scaling up their businesses in a variety of other ways.

The rise of the freelance economy

The first reference to “freelancers” comes from Sir Walter Scott, an English novelist living in the 1800s.

“I offered Richard the service of my Free Lances, and he refused them—I will lead them to Hull, seize on shipping, and embark for Flanders; thanks to the bustling times, a man of action will always find employment.”

His Free Lances were mercenaries for hire. But people obviously liked that sound of it. And later on, started using it to refer to:

The digital freelance economy started to take shape in the mid-2000s as the Internet became a more popular (read, profitable) place to hang out.

Freelancer.com — the first large freelance service marketplace — was launched in 2004 in Sweden. Many more have followed since then. But the second half of the 2010s is when the “freelancing” conversation got a lot louder.

You can see the search term interest going dramatically up starting around 2019. Source: Google Trends.

In 2017, about 57 million Americans identified as freelancers. The 2017 Eurocomission report said some 33,000 EU28 residents preferred the “self-employed” status.

Upwork’s 2018 financial report says it had a $1.8 billion gross service volume. Clearly, the demand and supply of freelancer services were going strong.

Around 2018, conversations around freelancing started to emerge from Big 4 Consulting firms. In 2018, EY wrote:

They also referenced: “Recent research from two Harvard economists, which showed the number of workers engaged in alternative work arrangements rose by 66% in the 10 years to 2015.  This compares with just 6% growth in the overall US employment over the same time period.“

“For many years, people viewed contract, freelance, and gig employment as “alternative work,” options considered supplementary to full-time jobs. Today, this segment of the workforce has gone mainstream, and it needs to be managed strategically.”

The report also highlights how “alternative workers” made it to other functions than IT — and represent a growing segment of the modern workforce. The 2020s are arguably the “Gilded Age” of the freelance economy. Though for unfortunate reasons, too.

The pandemic has forced many businesses to go remote and overlook their attitudes toward flexible work arrangements. Distributed teams have proven to be more nimble, high-performing and productive. At the same time, organizations managed to close some pressing talent gaps with cross-border hiring of remote members and teams.

At the same time, more and more people found the confidence to go solo. Though once again, for unfortunate reasons. The “Great Resignation” — the max exodus from the workforce due to burnout, poor working conditions, and low morale — expanded the size of the freelance economy.

In fact, 58% of non-freelancers who are new to remote work due to the pandemic are now considering freelancing in the future.

What unites freelancers globally is that freelancing is a choice for them: 82% of freelancers are happier working independently and few are looking to return back to the corporate world.

But what does this mean for employers? Let's find out.

How the freelance economy impacts business

The booming freelance economy is a good thing if you know how to play your cards right. Digital connectivity has empowered talented people to work from anywhere, with anyone, on their own terms.

At the same time, 90% of business departments agree that freelance talent has become crucial for achieving business goals.

What's next? The future of the freelance economy

The freelance economy is already going strong — but it's still far from reaching its full potential. Most companies have just found their footing with remote/hybrid/distributed work. Few are looking to get back to a cubicle-based work culture.

At the same time, employees aren’t keen on going back to the offices, either. Among those who are not excited about returning to the office, 24% would be willing to take a pay cut to work remotely, and 35% would at least consider it.

The newest workforce entrants are choosing to freelance

The newest generation in the workforce — Gen Z — isn’t keen on traditional employment, either.  50% of Generation Z respondents between the ages of 18 and 22 participate in freelance work. In 2021, Gen Z and Millennial freelancers had done 47% of freelance work in the US. Of Millennial and Gen Z freelancers respectively, 44% and 36% started during the pandemic.

This will likely increase the size of the freelance economy even further, especially as older freelancers (60+) retire.

Depending on who you ask, freelancers will represent 50%+ of the total US workforce by either 2025 or 2027.

Pre-pandemic, social media was full of the co-worker-dwelling folks, jet-setting from one country to another (and funding their lifestyle through geo-arbitrage).

The pandemic has rendered this happy-go-lucky lifestyle unsustainable as people found themselves unable to travel home, locked down in quarantine hotels — or unable to enter their next bucket list destination.

But as the world is bouncing back to normal, the traveling freelancers are back on the scene. Though several things now changed as an LP survey highlights:

These anywhere ‘slomads’ and ‘anywhere workers’ appear to be an attractive target for tourism-dependent countries, looking to get their economies back on track.

Since 2020, countries like Portugal, Croatia, and Costa Rica, among many others, created attractive visa schemes and community support for remote workers, looking to relocate and settle there for a fixed time.

This means that more freelancers will become globally distributed, which will affect the local talent supply.

In a matter of months, most industries tremendously progressed in tech adoption. Now, 53% of business leaders think technological breakthroughs will transform the way people work over the next 5 – 10 years.

For the freelance economy, this means several things:

Even this year, some of the most in-demand freelance skills hint at the above dynamics —  web programming (43% YoY growth), web design (31%), and social media marketing (25%).

Why businesses should invest more in freelancers and independent contractors

Freelancers already stand behind some of the best-performing organizations of today – from Google to HubSpot.

But as more people choose self-employment, companies that ignore the freelance economy may soon find themselves with very limited talent options. People today are becoming more empowered to work independently, and choose their projects, hours, and pay rates. Companies that can’t stomach the idea of giving more control to their people — and putting their needs/preferences first — will eventually trail behind.

Or as PwC says:

“2 out of 5 People around the world believe that traditional employment won’t be around in the future. Instead, people will have their own ‘brands’ and sell their skills to those who need them.”

Globally, we are re-thinking our idea of a “career” from one of a linear progression within a set lane to a more multi-facet “portfolio” of skills and jobs we can do flexibly and on our own terms.

So by prepping your business for the freelance economy now — you invest in your future success.

Elena Prokopets writes content for tech-led companies & software development businesses, marketing to them. Her empathy for the customer, expertise in SEO, and knack for storytelling help create content that ranks well and drives industry conversations.

Elena uses Xolo Leap so she can focus on her solo B2B content writing business without stressing over the compliance and admin overhead.