Why Xolo Go is revolutionary — an interview with our CEO, Allan 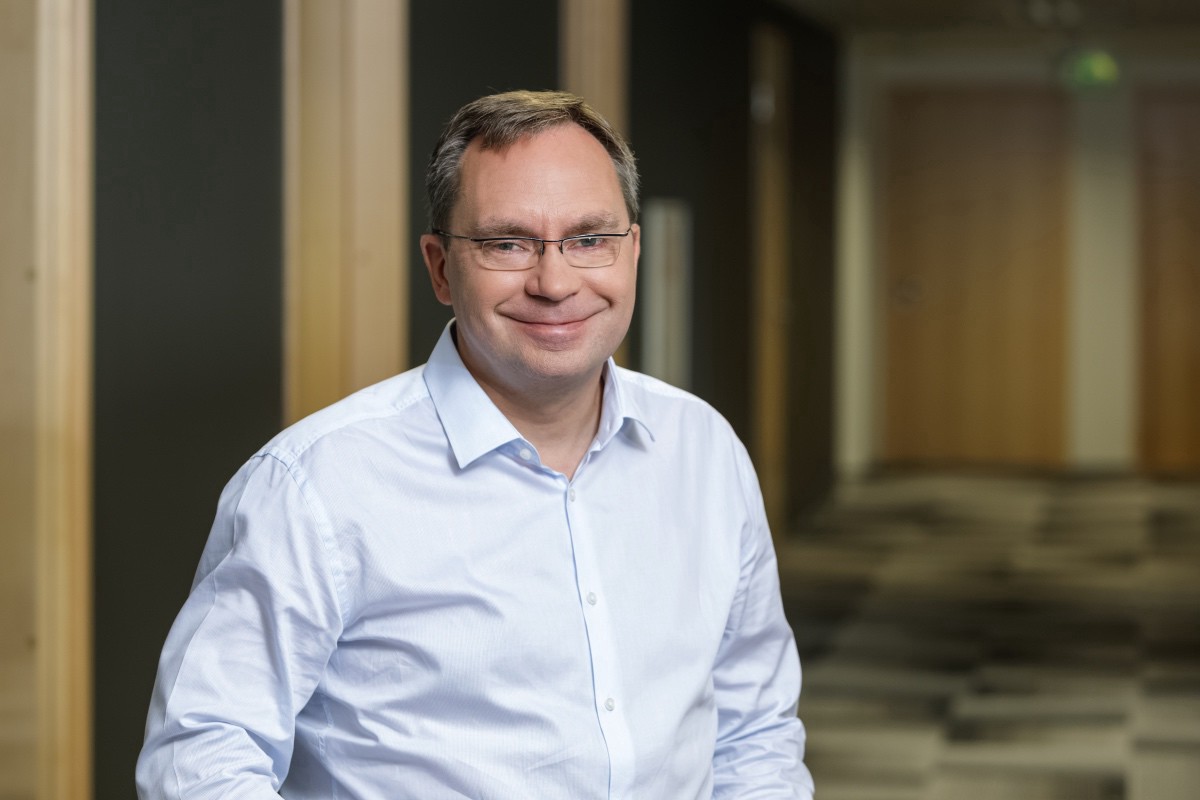 What is Xolo Go?

Xolo Go is a new product by Xolo (formerly LeapIN) based on the customer feedback we’ve had over the years. As you know, we’ve always tried to make the life of a freelancer as easy as possible. For almost four years, we helped them to set up and run their companies by using Estonia’s e-Residency — a revolutionary concept on its own. But it still involved a lengthy waiting time and traveling to an embassy to collect your e-resident ID.

So, many customers said they would welcome even simpler service with the final hurdles removed.

So, we launched Xolo Go. It’s based on what we’re calling the ‘virtual company’ concept — it looks and feels like you own a company, but you don’t actually have a traditional company registered with the government. It’s a virtual slice of a company, which is overall owned by Xolo.

You’ll still get a lot of the features of an independent company — a separate bank account, a profit and loss dashboard, the ability to send invoices and make expense payments — it looks very similar to our original product Xolo Leap with the main difference being that you’re working through a virtual company owned by Xolo.

How has the initial feedback been?

Well, the first three weeks since we launched Xolo Go have shown that we’ve really hit the nail on the head, we’re really meeting a need for people. There’s been a strong interest, which shows there was still a real pain related to the slow process of setting up a company. If you’re in Germany, France, or even many other countries, it can take weeks or even months to get your business up and running.

We have had thousands of sign-ups and that really exceeded our expectations.

Xolo Go also has a different pricing model, doesn’t it?

Yes, the pricing is different. Xolo Leap is subscription-based, and this covers everything from accounting to government reporting, to access to the product and so on. With Xolo Go, we’re lowering the bar for entry by introducing pay-as-you-go pricing. So instead of a fixed fee, you only pay 5% on outgoing payments from your company.

This means if you don’t have any income, and there are no outstanding expenses to pay, then you don’t need to pay any fees. This is the big difference, as a lot of people who started a business with Leap will tell you — it takes time to launch your business and paying state fees and subscription fees could be seen as a challenge if you didn’t have certainty that your business would be taking off.

Now you can start doing business with Xolo Go, start working and serving your customers, and if your business then becomes established you can opt to set up a full company.

How easy is it to launch a business with Xolo Go?

The process will be pretty quick. You’ll sign up, you’ll need to answer some questions as part of our know-your-customer (KYC) process, approval should come within 24 hours, and if you’re then accepted you can start doing business.

We need to do KYC procedures as you’ll be invoicing customers, paying business expenses, and using a bank account which is technically owned by Xolo. So we need to be absolutely certain about the source of the funds coming in, and where you’re sending money. It’s a necessary evil nowadays.

Who is Xolo Go for?

Based on the initial feedback we’ve received, it seems to be really interesting for people who are just starting their business who don’t know yet if it’ll take off, and also for people who need to invoice on a sporadic basis and don’t need a full-blown company.

For example, someone doing public speaking on a semi-regular basis, or someone with occasional project work, where setting up a company doesn’t make much sense.

It’s also helpful for people who’d like to test out Xolo and see the functionality without the costs involved in launching a company. You could see it as a lighter version of our original product.

How does it work legally?

We actually think this is one of the most innovative things about Xolo Go.

When you sign up, you become a partner of Xolo, and most countries have the concept of partnerships written into their laws. A partnership is a contractual relationship between counterparts, so Xolo Go and the freelancer form a partnership based on an agreement that states the rules, obligations, and responsibilities of both partners.

What Xolo Go brings to the partnership is access to the platform and bank transfers, allowing you to invoice your customers, pay your expenses, and pay your salary, while we take care of correctly reporting everything.

The freelancer’s role in the partnership is to find their customers and do their work, on a project basis. So Xolo Go is effectively the administrative partner while the freelancer is the active partner.

The partnership is based on an agreement, so it’s not a legal person in a business sense, it’s a contract. All of the money coming in will be received by Xolo Go (which is currently an Estonian registered company), so Xolo Go sends out invoices, pays expenses, and holds income, on behalf of the partnership. The freelancer must find their customers and then tell Xolo Go when to invoice and for how much, along with uploading invoices that need to be paid as business expenses.

At any given moment, once money has been received from a customer, and all existing expenses have been paid, what is left is able to be distributed as profit. This profit distribution is split 95/5, with 5% going to Xolo Go and 95% to the freelancer.

And we’re confident that every aspect of the model is legal?

Of course, it’s been thoroughly checked, and we’re building the product while taking advice from various law firms in various countries — 19 countries in fact.

One thing to keep in mind is that Xolo Go won’t calculate or pay your personal taxes. We can invoice your customers and pay your expenses (whether that’s travel, software licenses, essentially whatever you need to complete your projects) and hold the profit for distribution. The profit you pay as your income is then taxed in your country of residence, and you need to declare this and pay the taxes yourself.

In some countries, you also might need to register yourself as self-employed, or a sole trader. This varies from country to country, but it’s worth checking so that the payments you receive from the partnership are accepted by your local government.

What are the limitations?

The limitations of Xolo Go relate mostly to money laundering, and this has affected the many decisions we’ve had to take for the initial launch of the product. These might be lifted or expanded at a later stage though.

Initially, we’ll only be accepting customers who have personal bank accounts in the SEPA zone, which is roughly all the countries in the EU plus a few others.

We’ll also limit the professions that can work through Xolo Go, and similar to Xolo Leap it won’t be available to people selling physical goods, doing manufacturing, dropshipping or investment activity. We’ll need freelancers to tell us what business they’re in, and sometimes there might be borderline cases where we need to refuse service due to the background of the business. As with any partnership, we both need to agree that we want to be part of it.

How is it different from an umbrella company?

So, umbrella companies are a concept which are pretty popular in the UK and Scandinavia for example but they’re not so known everywhere in the world. They essentially allow people who don’t have a company to invoice their customers without needing to set up a company, so it’s quite similar in that sense. Normally the umbrella company invoices the customer and then transfers the money as salary after deducting all relevant local taxes.

The way Xolo Go goes beyond this is by giving each freelancer a dedicated bank account that is operated by Xolo, allowing them to pay business expenses directly from the money they earn. You can also pay out your profit at your own leisure, it doesn’t need to be paid right away if it’s not necessary, it can be kept in the partnership account for quite some time. So we offer more functionality and flexibility.

Do I get my own company name?

No, you won’t. All of your invoices will be sent by Xolo Go (the company) but the invoices will list your name as our partner, so “(Freelancer name) in partnership with Xolo Go” for example.

Can I get a VAT number?

You won’t need a unique VAT number, as Xolo Go is already a VAT payer so there’s no need for every partnership to have its own number.

No, you don’t need it for Xolo Go. You can be an e-resident and still use it if you wish, you can even be an Estonian resident and use it, Xolo Go is basically open to everyone who meets our KYC requirements and has a bank account in SEPA.

You don’t need to live in SEPA to have a SEPA account though, for example, a German living in Thailand might still have a Euro account in Germany. This would still work.

When will it be launched?

We’ll first grant access as part of a private beta, and this will initially be invite-based for a select number of customers who will be able to help us test things. We then plan to open it for full public access in September/October.

The reaction so far has been incredibly positive. In the past we’ve seen from our customers that they’re interested in participating in the development of our service, and we want to continue that trend with Xolo Go. We’ll send out a questionnaire to everyone signing up for Xolo Go, and completing this will help you get earlier access to the product before it goes public in September/October. And aside from this, if you have any input, ideas, remarks or concerns, please do write to us at hello@xolo.io.