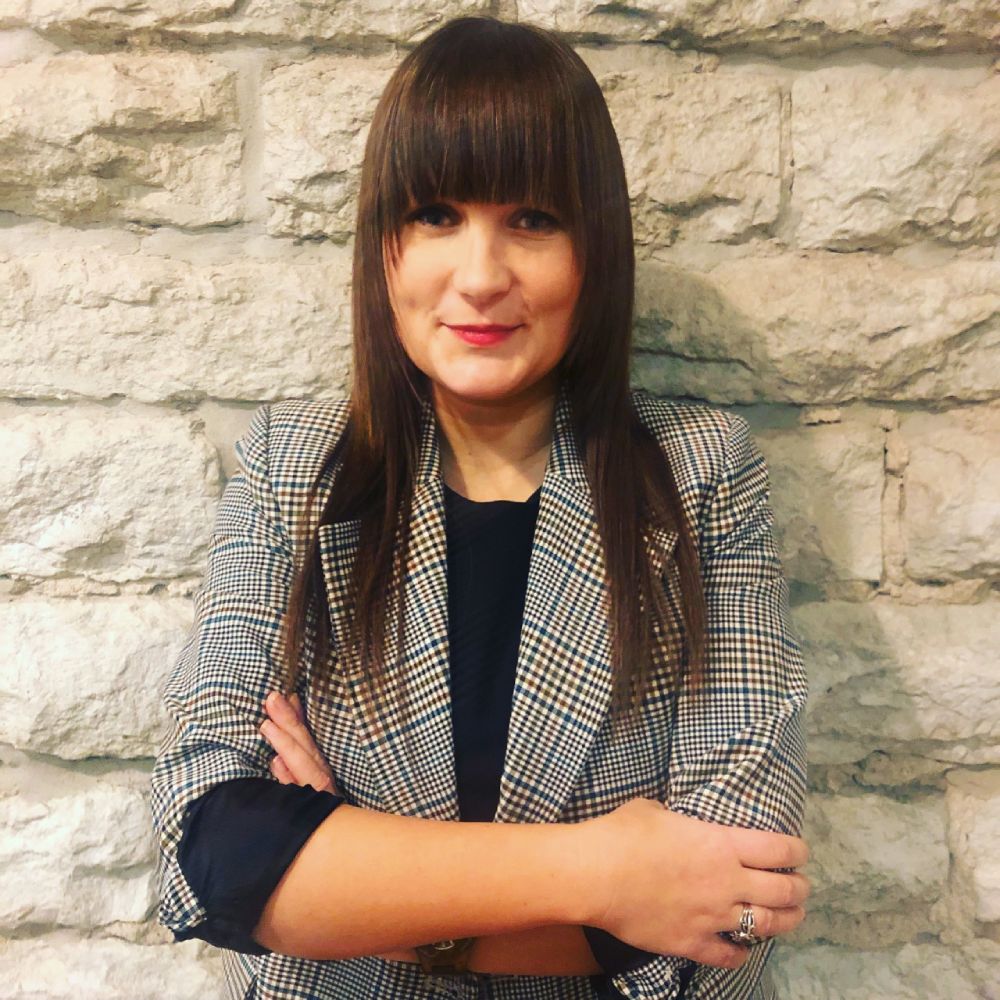 Written by Reelika Virunurm
on January 29, 2020

The United Kingdom is the first country to withdraw from the European Union and their exit is imminent on January 31 2020. It's taken three and a half years after the UK voted to leave the EU in a public referendum and the whole process of Brexit has been a complicated matter to stay the least. There have been three failed withdrawal plans and two general elections, not to mention the bitter negotiations affecting not only nationals of Great Britain, but all of Europe. This article aims to bring some clarity to the complicated question of why the United Kingdom wants to leave EU in the first place and what has happened since we all heard the word Brexit for the first time.

The United Kingdom is the first country to withdraw from the European Union and their exit is imminent on January 31 2020. It's taken three and a half years after the UK voted to leave the EU in a public referendum and the whole process of Brexit has been a complicated matter to stay the least. There have been three failed withdrawal plans and two general elections, not to mention the bitter negotiations affecting not only nationals of Great Britain, but all of Europe. This article aims to bring some clarity to the complicated question of why the United Kingdom wants to leave EU in the first place and what has happened since we all heard the word Brexit for the first time.

The meaning of Brexit

Chances are, unless you've been living under a rock, you've heard the word “Brexit” one too many times since 2016. The term “Brexit” is an abbreviation for 'British Exit from the European Union' and according to the Oxford English Dictionary, it was coined by Peter Wilding, founder and director of the British influence think tank. Mr. Wilding used the term already in May 2012, long before the referendum was even announced publicly. The original text took inspiration from Grexit, the term used for Greece´s possible exit from the Eurozone, which was a real possibility in 2012. It was not until 2016 that Mr. Wilding received a call from the Oxford English Dictionary asking his permission to officially coin the phrase  - while he himself had already forgotten he'd ever used it.

Back in 2016, the New York Times claimed that Brexit was the political word of the year. There are definitely many other funny terms that have cropped up since then to denote the possible exits of other EU countries as well - Extonia, Italeave, Lat-me-out, Czezh-out, Departugal, Finish, Outsria, Retireland, Maltalavista – to name a few.

Historical background and a mistrust of the EU

It's not a secret that the rocky relationship between the United Kingdom and European Union dates back at least half a century or more. Back in 1957 when France, Belgium, Italy, Luxembourg, the Netherlands and West Germany signed the Treaty of Rome and established the European Economic Community (EEC), it came to be the predecessor to the European Union as we know it today. There had already been other attempts to encourage more economic cooperation between European nations before World War II even started. The reasoning behind this was that countries that traded together would also be less likely to start a war with one another.

The first sign of trouble in the EEC appeared in 1963 when UK applied for membership and was vetoed by France, and specifically Charles de Gaulle himself who was the President of France at the time. The UK was allowed to join in 1973, but just two years later was on the verge of falling out again. Similar to 2016, the British held a referendum on the question "Do you think the UK should stay in the European Community?" (also called the Common Market) in 1975. Back then the vote was still 67% for "Yes", but the results caused the centre-left Labour Party to split over the issue, with the pro-Europe wing starting a new Social Democratic Party (SDP) after their exit. During the era of Margaret Thatcher, in 1984, the tension arose again when the Prime Minister ordered reducing the British payment contribution to the EEC budget.

Another important milestone was the Maastricht Treaty in 1993, which created the Brussels-based European Union, of which the EEC, also dubbed European Community (EC) was the main component. The main goal of the EU was to integrate Europe's nations politically and economically, agreeing on united foreign policies, common citizenship rights and also optionally, the single currency, the euro.

The modern battles within the European Union

When Labour Prime Minister Tony Blair came to power in 1997, he was very much pro-European Union in his views and worked on rebuilding strong connections to European countries during his time in office. However, there were no shortage of issues for him either. During the "mad cow disease" scare in the late 90s, Brussels imposed a general ban on British beef, which was lifted in 1999, only after tough restrictions were imposed on beef exports, but neighbouring country France still kept its own ban in place for years afterwards.

Another long and tiresome food-related battle was won by Great Britain in 2007 when after a positive verdict from the European Court of Justice, British chocolate would finally be sold in the rest of Europe. 2007 was also the year when the EU member nations finished negotiating the controversial Lisbon Treaty, which meant more power for Brussels. Labour Prime Minister Gordon Brown famously missed the a televised ceremony in which the leaders of all other member nations signed the treaty. He did sign it later, but received a lot of criticism for failing to defend a treaty he had helped to negotiate.

The next Prime Minister, David Cameron, became the first UK PM to veto an EU treaty in 2011, in an effort to protect Britain's financial sector. In early 2013, one of his much-anticipated speeches stated all the challenges facing Europe and made a promise to renegotiate membership in the EU if his Conservative Party won a majority in the next general election. They duly did, and he kept his promises, renegotiating the UK-EU relationship, specifically changes in migrant welfare payments, financial safeguards and easier vetoing for the UK to block EU regulations. In February 2016, he went on to announce the results of those negotiations, and set June 23 as the official date of the promised public referendum.

Around the same time, there was already growing support among voters for the UK Independence Party (UKIP) and its hard line stance against the European Union. UKIP continued to use the ongoing migrant crisis in the UK as well as economic unrest in the Eurozone to receive more support.

A native point of view

Reaching out to a native of Great Britain – Dr. Jennifer Remnant – also helped shed some light into the matter of general suspicion and lack of knowledge about the EU. Dr. Remnant is a scholar residing in Edinburgh, and all the opinions expressed here are explicitly her personal ones. She thinks that the causes of Brexit are more nuanced than she can do credit, but that it feels as though enough people were feeling disenfranchised and unhappy, and this was a golden opportunity to express that discontent. She states that there's general suspicion of the EU across the political spectrum and also, broadly speaking, a lack of knowledge in the UK about the function and purpose of the EU, European Court and the various trade/political networks represented in being connected to Europe.

Dr. Remnant goes on to emphasise that the news in the UK is very Anglo-centric, and at best extends to the US and Western Europe. It’s fairly common knowledge that Google searches in the UK asking ‘what is the European Union’ spiked after the referendum. "There is a similar lack of available information on our own legal processes. Very few people appear to have known that it was an advisory referendum (this is anecdotal), and so the outcome needn’t have been binding. I hold the government accountable for this, not the public, because with the resources at their disposal, it wouldn’t have been difficult to make this information available. The politicians that lied about the nature, purpose and cost of membership of the EU have yet to be held accountable for it."

Another issue to address are the spiked fears about the migration and racism Dr. Remnant adds that "It's clear that some of the voting was based on concerns about migration, but across most major media outlets this was done by drawing on racist content, and conflating European migration with refugees and asylum seekers. It seems as though Islamophobia has been weaponised against EU membership." She sums up her opinion by stating that the economic interests of politicians and billionaires in the UK, and an intelligent right wing party man, Dominic Cummings, were the main drivers of Brexit.

Breaking out and final solutions

The official date of Brexit is January 31, 2020 and the transition period for the United Kingdom will last from February until the end of 2020. During this time, everything will stay the same and there are no significant changes for citizens of the UK or EU. It's also important to note that the United Kingdom will remain a member of NATO as well as the United Nations Council.

During the transition period, the UK must negotiate and secure new trade agreements and other official relations with the remaining EU countries, which will then come to power in 2021. The EU officials claim that that a trade deal must be negotiated, checked, translated and presented to the European Parliament by November 26, 2020 if it is to be ratified by the end of the year. This leaves the UK with limited time to negotiate everything fast, something they haven't necessarily proved themselves adept at thus far.

The final deadline is December 31, 2020 – if a trade deal has not been confirmed, then United Kingdom will have to fall back on basic World Trade Organisation terms, meaning tariffs on goods and not much practical cooperation to smooth border controls. This result would effectively mean the same as a “no-deal Brexit” and would mean coming up with solutions for the imminent economic fallout in 2021.

As for EU nationals living in the country, the UK has encouraged all EU citizens living within their borders to register themselves as pre-citizens aiming to make the registration as easy as possible through a designated website or app. They have until March 2021 to do so.

June 2020 is the final month for the United Kingdom to ask for an extension of the transition period – which Prime Minister Boris Johnson has vowed not to do. In all scenarios, the future relationship talks are expected to continue after 2020 and the future of Britain lies in their own hands, just as they have voted.