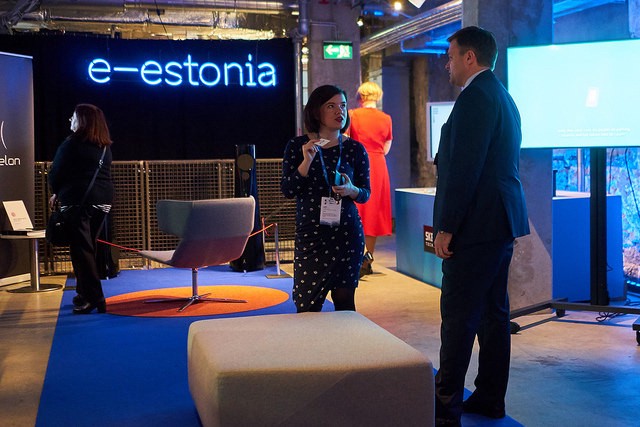 We asked e-Government specialist Carlos Vargas to take us through the first 3 years of Estonian e-Residency programme.

Almost three years ago in Estonia, an unprecedented project came to light. An initiative so ludicrous the launch managed to make worldwide news. Digital nomads, freelancers, startup creators, and technology and e-governance enthusiasts, among others, were all curious about what Estonia was offering and how could they use it.

The story began with an idea of “10 million e-Estonians” which was approved by the Estonian parliament unanimously, then sent to a competition held by the Estonian Development Fund. Finally, after winning the competition, the project received a grant for development and was assigned a managing director — Kaspar Korjus. Now, after three years, it has had important milestones during its short evolution. But more importantly, the future and expectations are increasing day by day.

Therefore, in the light of the upcoming anniversary, I’d like to summarise its history and development. e-Residency was intended to be an entry point to the highly developed Estonian e-Government infrastructure, an extension to the already famous Estonian eID. Also, it’s a natural consequence of decades of experimentation and integration of technology to the government, hence the already well-known name - e-Estonia.

e-Residency takes the logic of the citizens personal number to a digital level, providing an ID number and a customised eID card for non-residents. But what is it exactly? e-Residency could be considered a door that allows you to securely enter and access the series of e-services provided by Estonia. Moreover, there is a robust legal and policy friendly environment co-existing with a strong technical development behind the entire project. Parts of it are the X-Road, which provides the infrastructure roadway that allows for secure data exchange and the creation and coordination of e-services. Also, the eIDs that contain a chip and two codes, one for authentication (access), and the other one for digital signature (concluding actions) within the X-Road.

In order to demystify some misunderstandings around e-Residency, it’s important to know what the holder of an e-Residency card will be allowed to do: digitally sign documents (including the legally binding contracts), verify the authenticity of those signed documents, encrypt sensitive information and direct them to any specific person. Above that, e-Residency can be utilized to take advantage of certain e-services like establishing a company and managing it from anywhere in the world. The only requirement is an internet connection. Also, you can access online banking or file taxes online.

What e-Residency does not grant, and this was one of the major misunderstandings at the moment of it’s release, is Estonian citizenship, physical access to Estonia or to any other EU country. Plus, it’s not a valid passport or travel visa.

Nowadays, there are more services available for e-residents. By just taking a glance at the statistics provided on the official webpage, we can discover some interesting developments. We can start off with the significant number of applicants (27,347), and the number of people that have already received an e-Residency card (24,448). This gives us an idea of how likely it is to obtain an e-Residency card. Moreover, 68% of these users, have applied for e-Residency due to business and economic development reasons whether in or outside Estonia. As for the companies owned by e-residents, by September 2017, there are 4,114 and counting.

On top of that, it’s possible to observe the top economic activities of an e-resident: “business and consultancy”, “computer programming” and “non-specialised wholesale trade”. While the less common are: “Raising poultry”, “growing of vegetables” or “construction of utility projects for electricity and telecommunications”. With this in mind, it’s clear that the use of an
e-Residency card isn’t limited to IT related business activities.

Furthermore, the engagement of the e-Residency team with the e-residents via social media has led to some interesting discussion topics. One such topic was around the gender difference among e-residents, with the number of female users drastically lower than male users. Another is the banking possibilities, focused on the options and rights that e-residents have. By having these discussions, the e-Residency team is capable of detecting topics that need more attention and actions they can take to provide its users a better experience. These actions reflect the day-to-day on-going process and improvement. As a result, new services are added to the platform and agreements with different companies are made continuously. Also, new startups that use e-Residency as a frame of operations provide new and necessary solutions.

Last but not least, it’s important to take note of the direction of e-Residency, or its expected course of action. Based on its natural evolution and the alliances that the Governmental Startup has had, we see a tendency that moves in the direction of empowering digital nomads and strengthening the Estonian economy (and as a consequence worldwide SMEs), by providing its users as many tools as possible to conduct their business in a fully digital way and enter the world market.

As of now, one of the major issues that e-Residency has is the limited access to points where you can pick up your card. The reason for this is Estonia only has a limited number of embassies around the world. This fact is directly in conflict with the aim of e-Residency - creating worldwide digital Estonian residents. 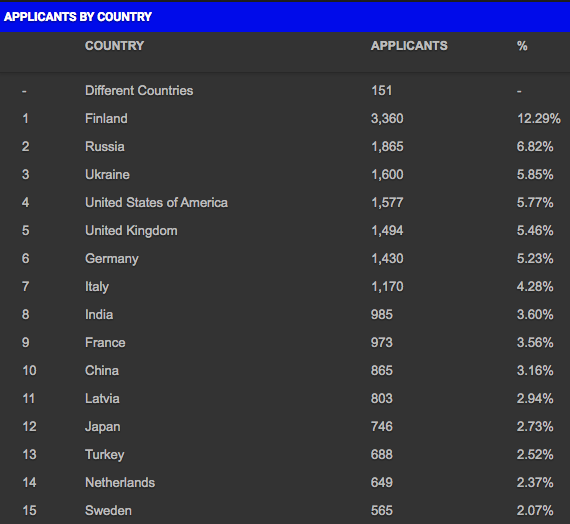 At the time of writing, there are a few specific countries that hold the top positions in number of e-residents. Finland, Russia, Ukraine, United States of America and the United Kingdom are the top 5 user countries. A possible solution to increase the number of e-residents would be finding private partners that have the correct infrastructure, security level, and trust from the Estonian government, who can issue the cards. For this reason, the e-Residency programme is exploring options as to how cards can be issued from more locations than just embassies. Countries already make use of private ‘visa centres’ to outsource the issuing of visas. So in that sense the e-Residency programme is exploring how outsourcing can be used to securely issue Estonian digital ID cards in a wide range of locations.

Finally, as I previously mentioned, the programme is constantly improving the usability of e-Residency, meaning a new community platform is on its way. The platform’s task will be to connect e-residents with one another, so they can fulfil their business ventures, broaden their networks, and promote their companies in an easier way. The other idea being explored, is to find a way to make a stronger connection between e-residents and the residents of Estonia in order to increase the mutual benefits of this interaction.